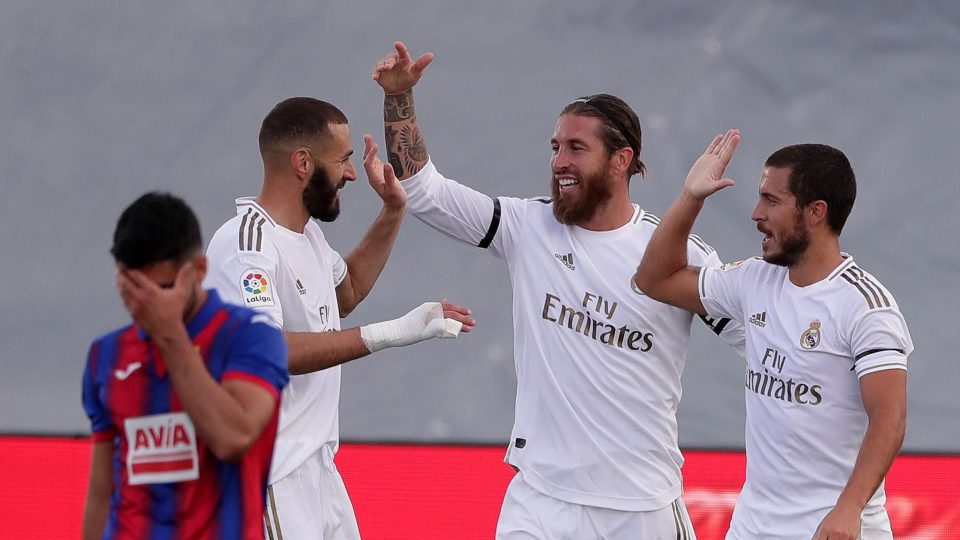 Real Madrid’s 21-man squad for the club’s upcoming showdown with Shakhtar Donetsk has been revealed on Sunday evening.

Real Madrid are set to return to European action on Tuesday night for champions league clash. Zinedine Zidane’s men will make the trip to Ukraine, for a potentially tricky meeting with Shakhtar Donetsk.

Real will head into proceedings on the back of an altogether mixed spell of form, which has seen the capital giants, particularly domestically, look a shell of their brilliant best.

Their last game, at home against Alaves on Saturday, for example, finally saw Los Merengues slip by 2 goals to 1, as the champions begin to fall off the early pace set by Atletico Madrid on top of the Spanish top-flight.

Los Blancos recent form in the Champions League, on the other hand, proved more promising, with respective wins over Inter Milan coming from both sides of the international break.

On the other hand, as things stand, Madrid positions 2nd in the Group B pool, the point of departure of Borussia Monchengladbach.

It’s worth remembering, though, that the last time the men of Zidan faced Shakhtar, the Ukrainian giants left Bernabeu with a famous 3-2 victory on Tuesday’s reverse fixture last month.

Whilst of course not an excuse in itself, one key factor behind the hit-and-miss form displayed by Real of late has undoubtedly been the club’s abysmal luck on the injury front.

A host of key members of Los Blancos’ squad have spent time on the sidelines of late, resulting in a complete lack of continuity in Zidane’s starting XIs.

And, as outlined above, an insight into the current state of the treatment table in the Spanish capital has this evening been forthcoming.

This comes after the club’s 21-man squad was announced to take over Shakhtar in 48 hours.

In a boost to the Madrid-based outfit, star striker Karim Benzema returned to the brawl after a spell out of play.

Captain Sergio Ramos, on the other hand, has not yet been considered fit enough to return, although Eden Hazard, who left the meeting with Alaves yesterday, was also ruled out: