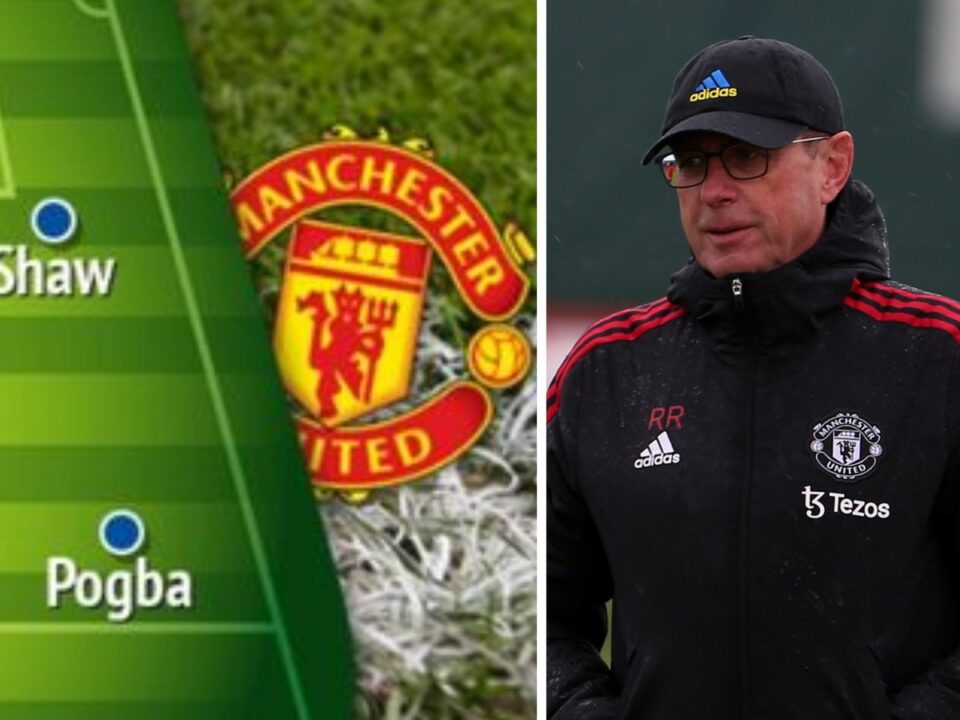 Manchester United take on Atletico Madrid in the second-leg of their Champions League tie on Tuesday night, and it is sure to be a cracking game.

Diego Simeone’s side will be tough to beat, but here is the United team that we think is most likely to get the job done at Old Trafford.

De Gea remains United’s number one goalkeeper, and he could well be a busy man tonight. He will need to be at his best to keep Simeone’s side out.

Ralf Rangnick seemed to go off Dalot for a period recently, even starting Victor Lindelof in right-back in the first-leg of this fixture.

This definitely didn’t work, and Dalot is a much better option than Aaron Wan-Bissaka.

The first name on the teamsheet for United these days. His composure on the ball could prove to be extremely important if United are to soak up pressure, and he may need to bail his partner out too.

Lindelof could well be a better player than Maguire, but for such a big game perhaps Rangnick is better off playing it safe.

Maguire did not play well at all against Spurs at the weekend, but for Rangnick to drop his captain going into a Champions League tie of this nature is a recipe for disaster.

The Englishman has been out with Covid, but trained on Monday so he should be all good to start. While Alex Telles’ crossing is far better than Shaw’s, the latter can defend better, and United will have a lot of that to do against the Spanish side.

Plus, United have a few weeks before their next game after this, so if the Serbian veteran is exhausted, he has plenty of time to rest his legs.

His composure on the ball is in a different league to Scott McTominay’s, and he should be given the nod.

It says a lot about Fred that he is such a guaranteed starter at this point, and this a testament to both his performances and Rangnick’s coaching.

He is crucial to the way United play, and needs to be in this midfield.

After missing the Spurs game with illness, Fernandes should be raring to go in this big European tie. He didn’t impress last time out and still managed to pick up an assist, so he will be hoping to do even more this time.

Arguably United’s best player at the moment, Sancho is likely to be key to anything good United do on the ball.

He is so calm and composed in the final third compared to his teammates, and creates bags of chances as a result.

If there was any doubt surrounding whether or not Ronaldo was going to play in this game this time last week, it was put to bed on Saturday evening when he bagged a magnificent hat-trick against Spurs.

He has crushed Atletico on a number of occasions, but was anonymous in the first-leg. Something has got to give…

Given he was rested on the weekend and scored the crucial goal the first time around, it feels like Elanga is going to start. His pace and energy will be needed to unsettle the Atletico backline.

This leaves United with a strong bench, with Paul Pogba, Marcus Rashford and Edinson Cavani all able to come on if needs be.