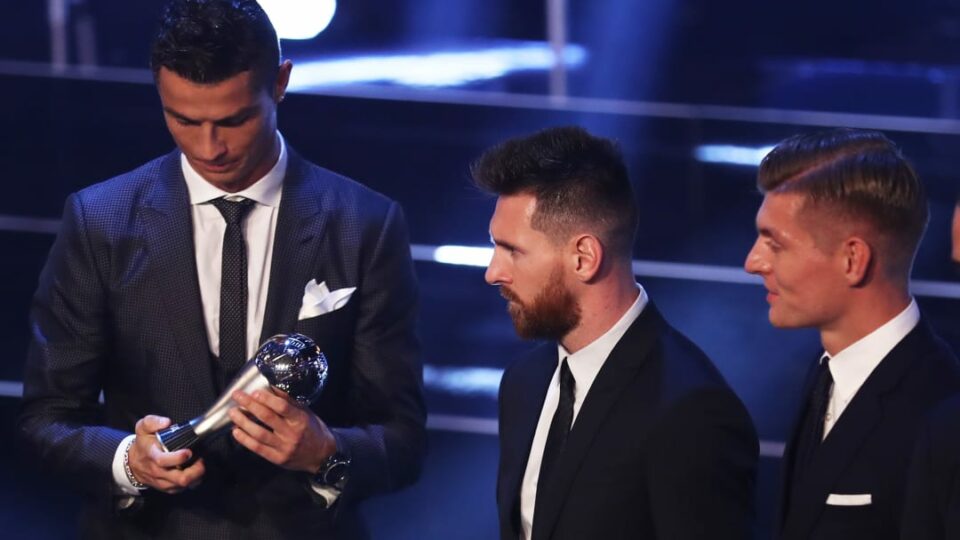 Who is superior? Lionel Messi or Cristiano Ronaldo?

Toni Kroos has now entered this epic question, which never seems to go out of style.

This discussion has raged for the majority of the last decade, yet we still don’t know who is superior.

Some of football’s biggest names have weighed in on the topic and expressed their opinions. Many of Cristiano Ronaldo and Lionel Messi’s teammates have also chosen a favourite.

Toni Kroos has now made his decision:

“From my playing days, it’s Cristiano Ronaldo (best player of all time). Of course, I’m biased because he made a decisive contribution to us winning a lot of titles. It was exciting and impressive to play alongside Ronaldo.

“We were not only team-mates but also neighbors in the dressing room and neighbors in private. He lived right next to me. Seeing what a perfectionist he is was impressive. That is why it is forbidden for me to name Messi (as the best player of all time).”

? | Toni Kroos: “Messi or Cristiano? From my playing days, it’s Cristiano Ronaldo. Of course I’m biased because he made a decisive contribution to us winning a lot of titles. It was exciting and impressive to play alongside Ronaldo.” pic.twitter.com/SlkkFMwE43

Kroos has played alongside Ronaldo at Real Madrid and has faced off against Lionel Messi in some of the most legendary El Clasico clashes in history.

Meanwhile, Ronaldo was linked with a move away from Juventus, but the Portuguese talisman resorted to Instagram to put an end to the speculation.

He started by stating, “Anyone who knows me is aware of how focused I am on my work. Less talk and more action, this has been my guiding motto since the start of my career.

“However, in view of everything that’s been said and written recently, I have to set out my position. More than the disrespect for me as a man and as a player, the frivolous way that my future is covered in the media is disrespectful to all the clubs involved in these rumours, as well as to their players and staff.

“My story at Real Madrid has been written. It’s been recorded. In words and numbers, in trophies and titles, in records and in headlines. It’s in the Museum at the Bernabeu Stadium and it’s also in the minds of every fan of the club. And beyond what I achieved, I remember that in those nine years I had a relationship of deep affection and respect for “merengue afición”, an affection and respect that I retain to this day, and that I will always cherish.

“I know that the true Real Madrid fans will continue to have me in their hearts, and I will have them in mine. As well as this most recent episode in Spain, there have been frequent news and stories associating me with a number of clubs in many different Leagues, with nobody ever being concerned about trying to find out the actual truth.

“I’m breaking my silence now to say that I can’t allow people to keep playing around with my name. I remain focused on my career and in my work, committed and prepared for all the challenges that I have to face. Everything else? Everything else is just talk.”