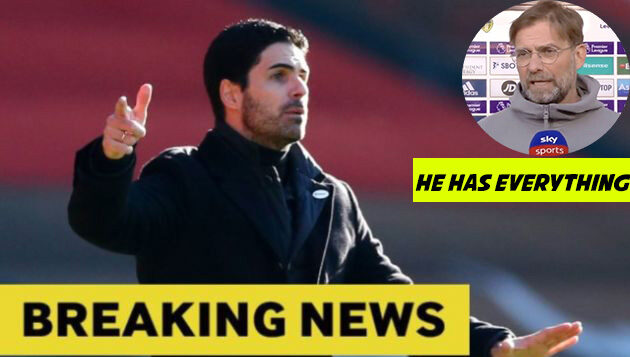 Arsenal’s efforts to sign a particular Everton player have apparently been bolstered.

In recent months, the Everton attacker has been widely linked with a move to Arsenal.

Football London claimed in October that Edu had declared the Everton striker his priority transfer target.

And, according to a much more recent source, the Gunners have a good chance of luring the England international away from Goodison Park.

The Sun claimed this afternoon that the Toffees forward is interested in joining Arsenal.

Calvert-Lewin is reportedly eager to assist Mikel Arteta and Edu in freshening up their offensive options for the North Londoners.

The 24-year-old has scored 24 goals in his past 43 appearances for the Merseyside club in all competitions.

Calvert-Lewin has had an injury-plagued season, but he’s still a great striker.

That’s how the Liverpool trainer described Calvert-Lewin in 2020, as well as claiming: “He has everything you need in a top striker: size, mobility, speed, desire, technically really, really good, in the air, finishing with his head, both feet.”

With an Everton contract until 2025, they can demand a major transfer fee for the player.

However, if he does really want to join Arsenal, well that’s half the battle.