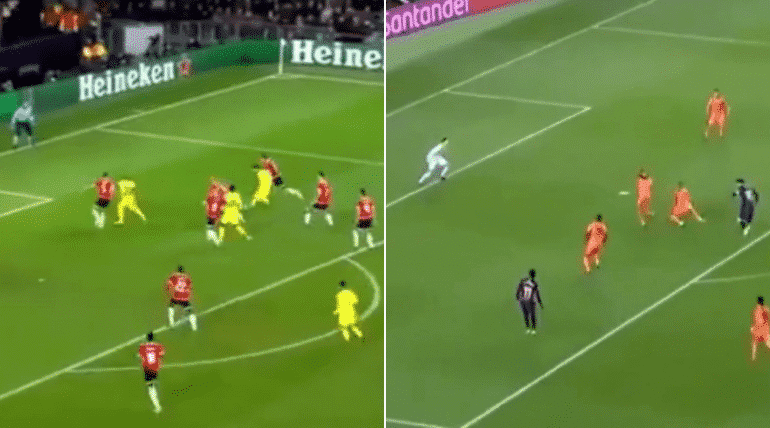 A Lionel Messi fan has prepared a video as to show why the Barcelona Superstar should’ve won the UEFA POTY ahead of Virgil Van Dijk.

On Thursday, UEFA presented the Liverpool and Holland defender Virgil Van Dijk with the Europe’s best player trophy for the 2018/19 season. The Dutchman beat the likes of Lionel Messi and Cristiano Ronaldo to grab the best player of the year trophy.

“I need to thank all my teammates, without them I would not achieve what I have achieved.”

What a season, what a player, what a guy!

Vigil van Dijk is the UEFA Men’s Player of the Year ? pic.twitter.com/HlOkeESfza

The defender was consistently solid in the back as Liverpool tasted the European success after failing in 2017/18 against Real Madrid. The centre-back also contributed in Holland’s journey to the final of UEFA Nations league, where they lost against Portugal.

On the other hand, Lionel Messi was individually superior to the rest as the Argentine managed to score most goals in top five leagues and scored most goals in Champions League. The Barcelona star added another Golden boot and La Liga Best player trophy to his name, but failed collectively.

The Barcelona captain led his side to the La Liga trophy, but failed to lift the Champions League and the Copa Del Rey. The forward also failed to leave his mark with his National side as Argentina couldn’t make it to the final of Copa America.

With the thought that Messi was snubbed by UEFA, a twitter account “MessiLob” compiled some of the noteworthy performances from the Barcelona star, which went viral on social media sites.

Even though the season for Messi individually was second to none, it is hard to argue against Virgil Van Dijk, who led his club to two European trophies and his country to an international final. The Dutchman lifting the trophy has left a bitter taste amongst the Messi faithful.