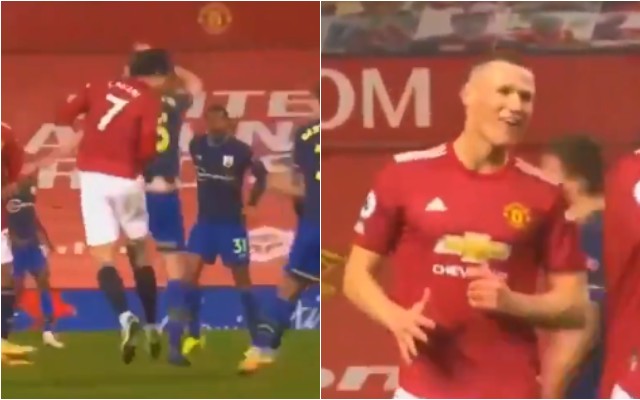 It was a great night for the Red Devils as they absolutely thrashed the Saints 9-0, with Edinson Cavani among the scorers at Old Trafford.

United midfielder McTominay has been one of their top performers in recent times, and he’ll cement his status as a fan-favourite with moments like this!

It was a sensational performance aided by Alexandre Jankewitz being shown a straight red card for a horrific tackle on McTominay inside the first two minutes.

But to see the Scotland international to play on, score one himself, and celebrate Cavani’s goal in such a way is a real delightful sight on the eye.

The Scotland international also scored one of the goals in Man Utd’s huge victory.

Got a lot of time for Mctominay’s ‘Golazo’ when Cavani scores ??