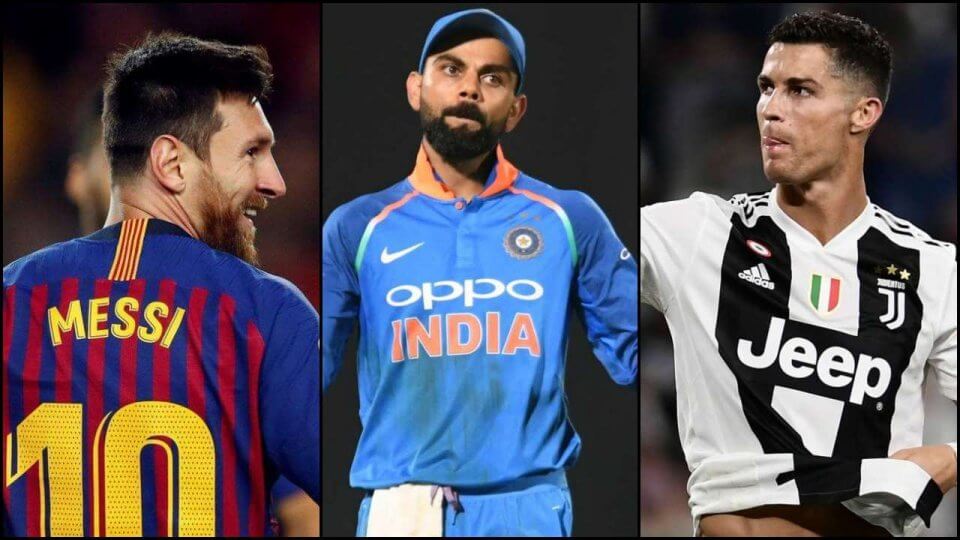 Indian Cricket team captain Virat Kohli has made his choice on the long on-going debate about who’s the best player amongst the Portuguese Cristiano Ronaldo and the Argentine Lionel Messi.

The star Indian batsman, who is also a football fan, picks the Euro Champion Cristiano Ronaldo as the most complete player while he labels Messi as one ‘freak’ in the game.

Kohli is considered as the best batsman of his generation having an average of more than 50 in all formats of the game. The Delhi born cricketer has expressed his desire to contribute in the development of Indian football when he finally decides to hang his gloves.

The Indian captain has always been a huge admirer of football game and never shy away from expressing his love for it. Kohli also owns an Indian Super League club FC Goa, which establishes the fact that the cricketer is completely honest about his passion for the game.

“Football will take a lot of my attention because I am involved with FC Goa, but for sports in general, I want to contribute in such a manner that people benefit at the grassroots,” he told in his interview with Times of India.

On replying to whether Cricketers take inspiration from the Football players, Kohli revealed, “We always look up to footballers for their discipline. It’s a requirement of the sport that you need to be at your absolute best to be able to take the field. Football players are very particular about professionalism, in terms of physical preparation, nutrition and rest periods. We learn a lot from them.”

It is no surprise that Virat Kohli has always been a huge fan of Juventus forward Cristiano Ronaldo and has expressed in the past that he supports every team that Ronaldo plays for.

The Indian captain concluded, “Messi is a freak, absolute natural talent, and his ability is second to none. For me, what stands out is the ability or the will to put in the effort in every single minute of the game. Ronaldo’s drive separates him from everyone else. Playing at the top level, everyone has talent, but I don’t think anyone has the will that he has.”

Watch: Cristiano Ronaldo Scores Amazing Goal From Outside the Box

OFFICIAL: Real Madrid Adds Depth At Centre Back With A New Signing