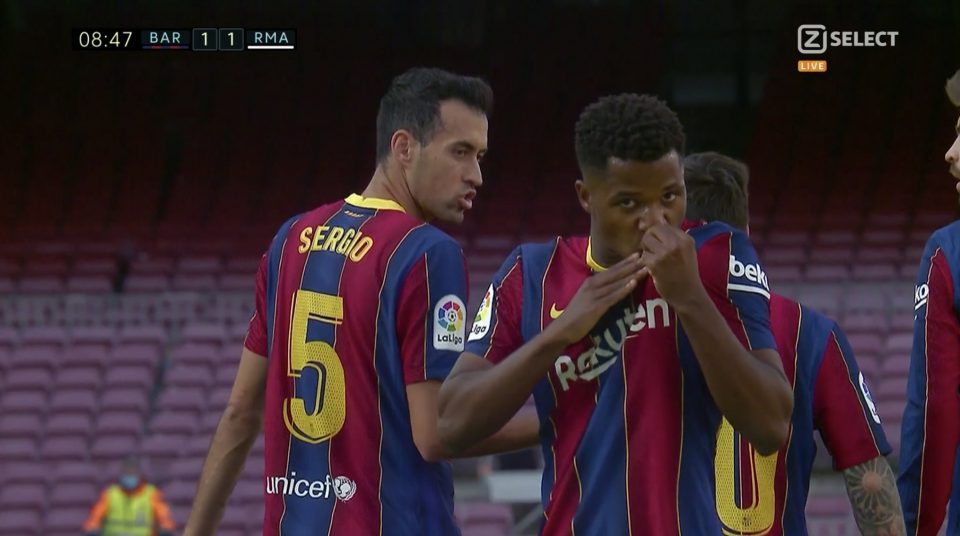 Sergio Ramos tries to put in a through ball to Karim Benzema. But the Barcelona defence is alert. Barca working several short passes here.

Real Madrid defender Nacho with a silly tackle. Philippe Coutinho will take the set-piece for the home team. However, his shot is blocked by the wall. Real recovers the ball and makes a move forward.

Madrid clearly haven’t watched the video of the Ferencváros game. Ansu was a thorn in the side of the Hungarians cutting in from the left and he was left unattended there in the middle.

An amazing assist from Karim Benzema on the right side. Valverde was at the right place at the right time. He also did well to slot it past Barca keeper Neto from a slightly difficult angle.

Jordi Alba just returned from injury and he’s already made an impact on the left flank. Lionel Messi with a long ball from midfield and Alba took it forward and set Fati up for an easy finish.

WHAT A PASS FROM MESSI, ANSU FATI SCORES 1-1 ? pic.twitter.com/mAsHxEQ5B9