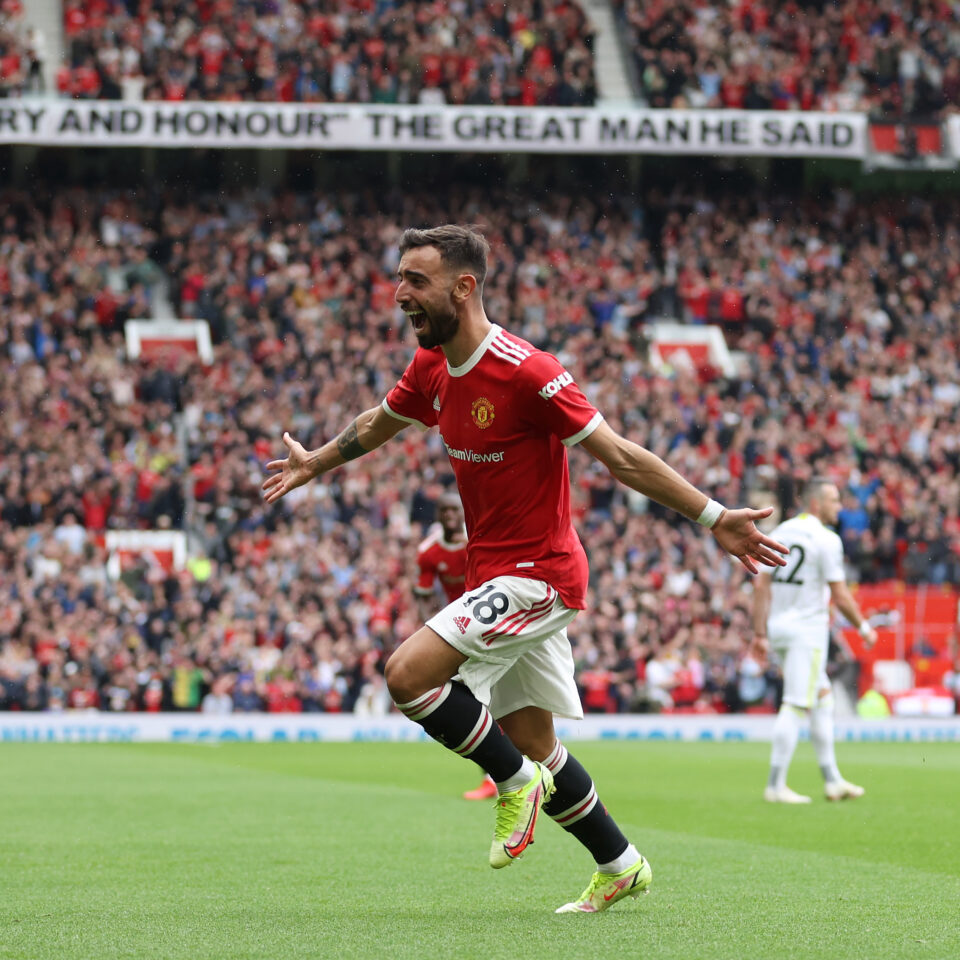 Bruno Fernandes has completed his hat-trick for Manchester United against Leeds this afternoon.

Bruno opened the scoring for the Red Devils in the first-half before seeing his side pegged back by a quite special strike from Luke Ayling.

Thankfully for Man United, when you have attacking players of his calibre in your side, you’re always in with a fighting chance of getting a victory.

The scoreline now stands, quite remarkably, at 4-1, with Fernandes having netted his third goal of the contest after a superb through ball from Victor Lindelof.

An opening day rout for Man United and a hat-trick from their talisman Bruno is quite the way to send a message of intent for the season ahead.

Ole Gunnar Solskjaer’s men are expected to mount a serious challenge for the Premier League title this season – with there being no excuses not to.

On this evidence, the rest of the Premier League is going to have an uphill task to stop them…