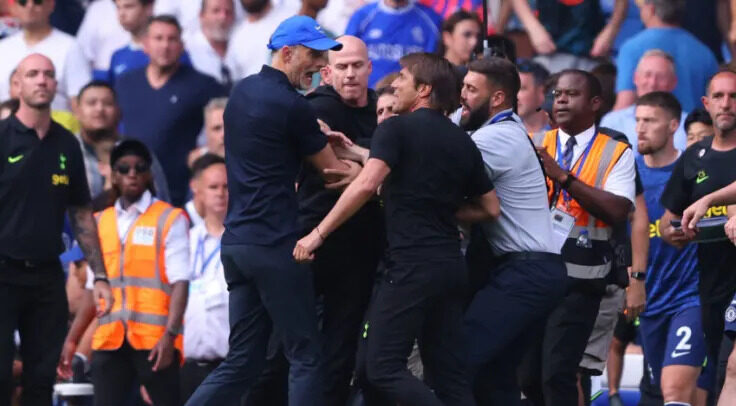 The match between the two London sides was an incredibly heated affair at Stamford Bridge, with both sides playing fast and physical in a bid to overwhelm their opposition. This electricity wasn’t only seen on the pitch, with the two coaches coming to blows at two different points on the touchline.

One of the highlights of the match was Tuchel’s sprinting celebration following Chelsea’s second goal, something Conte joked about after the match.

Taking to Instagram, the Italian coach posted a video of the celebration alongside the caption: “Lucky I didn’t see you… making you trip over would have been well deserved…”