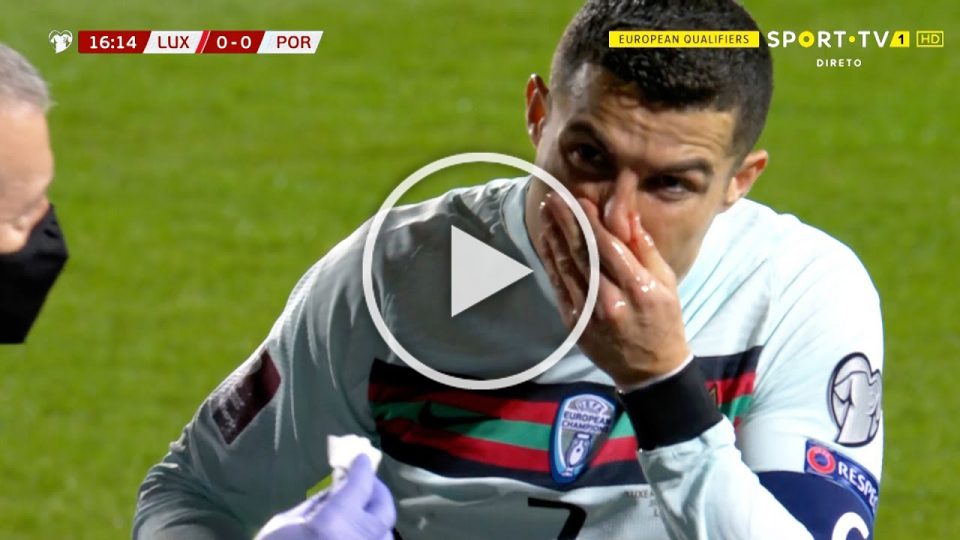 Ronaldo with a low diving header in the area but its straight into the keepers clutches. Either way, the whistle’s gone and would have been offside.

Sebastien Thill about to come on for Luxembourg, replacing his brother Olivier. A third Thill brother, Vincent, is still on the pitch, meaning three different Thill brothers have featured for the hosts tonight. Luxembourg really are giving a licence to Thill.

Sebastien Thill curls in a free-kick which looks to have caught Anthony Lopes on the backfoot. But the Portugal stopper tips it over the bar! Cool, cool finish from Ronaldo for what currently is the winning goal.

Sub Joao Palhinha finds space in the box and heads home from close range straight from a corner. That’s the Sporting Lisbon midfielder’s first goal for his country.

The Portugal talisman is clean through on goal but hits the ball straight at keeper Moris, and his rebound is then also saved! He then taps the ball in after it ricochets over to him but he’s offside.

Portugal have picked a strong team for the trip to Luxembourg, with Ronaldo, Diogo Jota and Joao Felix ALL starting. Bruno Fernandes is suspended after reaching the yellow card limit.

Already on a yellow, Chanot puts his arm across the onrushing Renato Sanchez and he’s handed his second card and is sent off! Chanot seems absolutely shocked and looks like he didn’t know he was already on a yellow.

Luxembourg’s goalscorer Gerson Rodrigues heads down the right wing for another burst forward but it comes to nothing. Portugal are going to see this out.

Cancelo dinks a cross into the area and it’s turned in by Ronaldo who volleys home form close range. Goal No 103 for Portugal for Ronaldo. Portugal have turned this around.