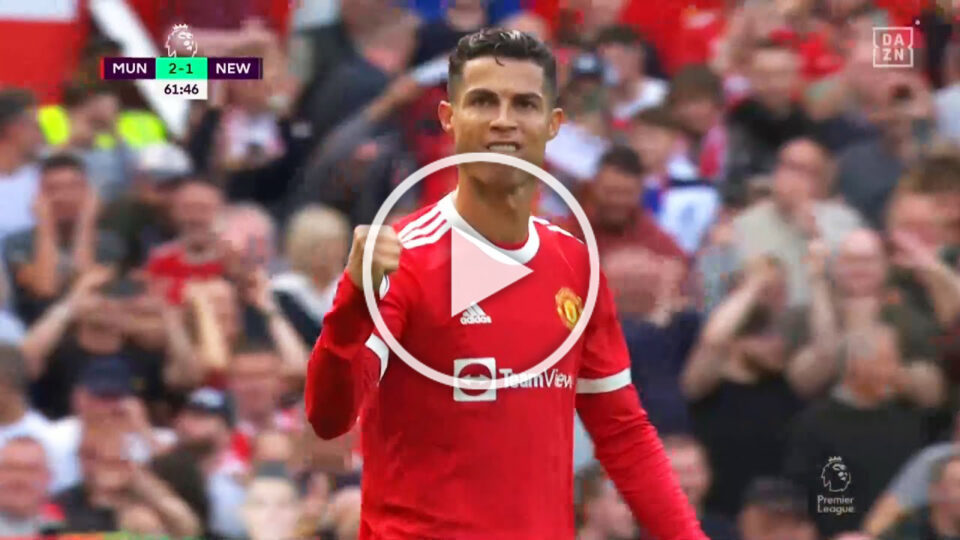 Cristiano Ronaldo’s second goal for Manchester United since 2009 was the result of some brilliant play by a teammate.

United left-back Luke Shaw collected the ball in his own half and broke through Newcastle’s defence with confidence and purpose, before providing a pin-point pass for Ronaldo, who did what Ronaldo does best.

Ronaldo’s goal was his gift to his adoring fans. But in truth it was gifted to him by Newcastle goalkeeper Freddie Woodman, who made a mess of dealing with a hopeful effort from Mason Greenwood.

Woodman spilled Greenwood’s low drive into the path of Ronaldo, who could not have missed if he wanted to.

Ronaldo’s finish was low and hard and flew through the legs of Newcastle keeper Freddie Woodman, who was having a day to forget.