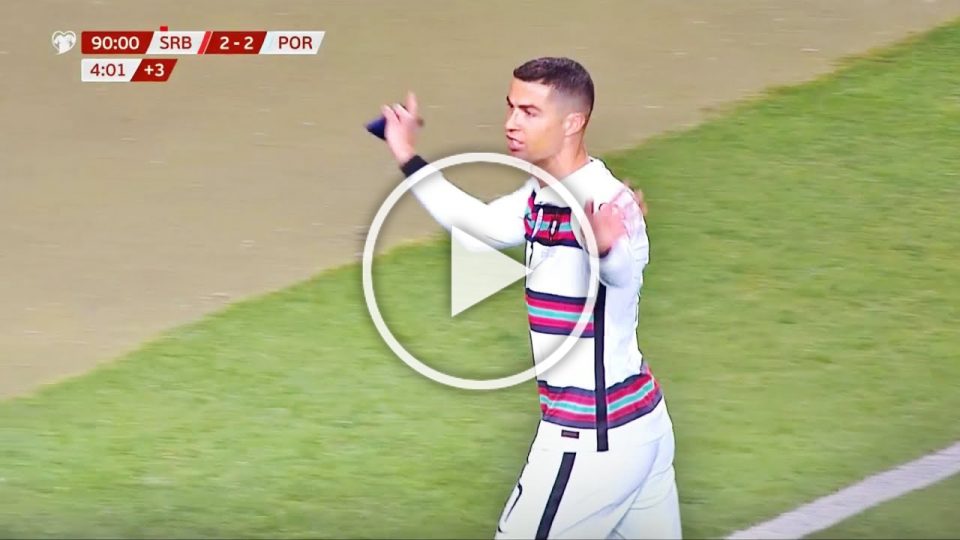 With no video assistant referee (VAR) in use during World Cup qualification, and no goal line technology available, Dutch referee Danny Makkelie’s original call of no goal stood.

Ronaldo stormed off the pitch as the full-time whistle was blown shortly afterwards, throwing his captain’s armband to the ground as he fumed down the tunnel.

“We scored a goal that was not given when the ball went in,” Portugal coach Fernando Santos told Portuguese broadcaster RTP.

“In a match of this level, that isn’t possible.” Ronaldo later posted on his Instagram page: “I always give and will give everything for my country, that will never change.

“But there are difficult times to deal with, especially when we feel that an entire nation is being harmed.”