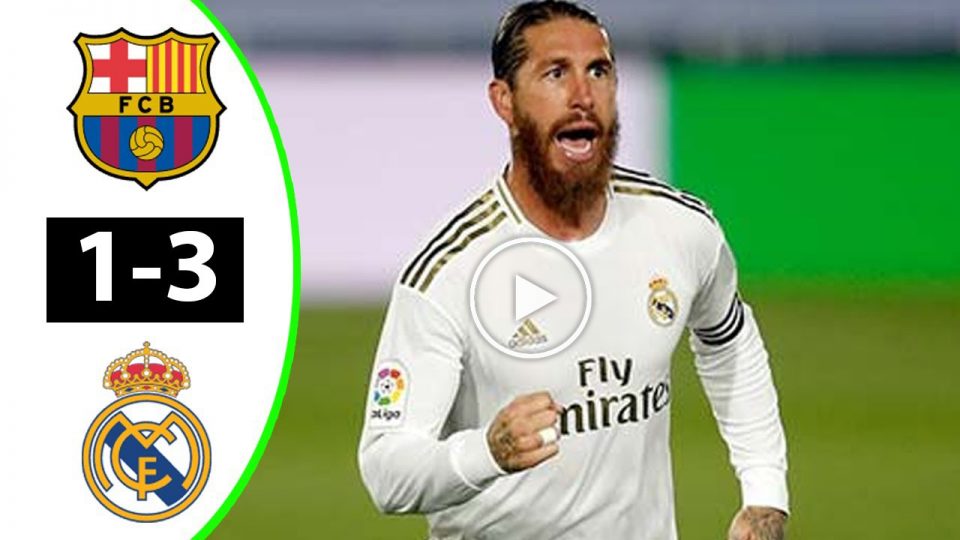 Messi goes on a solo run through the middle and gets his poor touch returned to him off a Madrid defender, but he loses the ball again trying to take the entire defence out.

Sergio Ramos scores the fifth goal of his career against Barcelona. It’s the first that hasn’t come via his head and the 13th penalty he has scored in the league since the start of 2018/19.

Lenglet did get a handful of Ramos’ shirt but the Real defender was going away from goal and the Frenchman had released his grip when Ramos, with suitable theatrics, went to ground.

The Real captain hits it low to Neto’s right. The Barça keeper, who was biding his time for a panenka, guesses correctly but can’t get a glove to it!

Decent move from Madrid. Vázquez finds Valverde, who feeds Vinicius first time. The Brazilian lays it off to Benzema but the Frenchman’s attempt to find the top corner from outside the area flies over the bar.