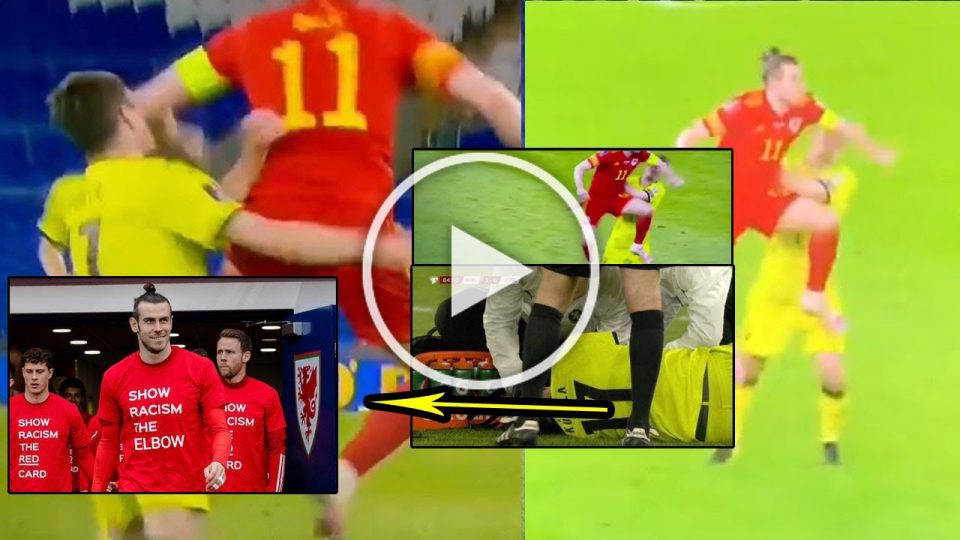 The United Kingdom’s and wider football world is revelling in a specific moment from the late stages of Wales’ World Cup qualifying win against the Czech Republic this evening.

In an aerial duel down the stretch, Slavia Prague defender Ondrej Kudela was floored by a clean elbow to the face from Real Madrid and Tottenham superstar Gareth Bale.

The Czech international was left in quite some pain, which will excite spades of football fans around the world and particularly followers of Rangers, owing to Kudela’s recent controversy in a Europa League tie.

Wales had to simply win that game tonight to keep them in the mix for qualifying for the World Cup in Qatar, the Welsh are in a tough group with Belgium and the Czech Republic and there’s sure to be nothing in it and a lot of twist and turns along the road for Qualification.

One of the more satisfying parts of the game was when Gareth Bale elbowed Ondrej Kudela the man that allegedly was racist to Rangers player Glen Kamara a few weeks ago.

According to the Times (subscription required), Kamara believes that Kudela swore at him and called him a ‘monkey’ during the Scottish giants’ defeat, in a moment that went became a major talking point.

Kudela denied the claims and Slavia Prague soon filed a criminal complaint with the Scottish Police, claiming that their defender was assaulted in a planned attack following the incident with Kamara.