Lisandro Martinez produced a sensational individual performance against Liverpool on Monday night, showing exactly why Manchester United signed him from Ajax this summer.

Erik ten Hag brought the 24-year-old from his former club in a deal worth up to £57 million, per Sky Sports.

But questions were being asked about United’s big-money signing following unconvincing displays against Brighton and Brentford.

The Argentina international endured a nightmare away at Brentford on August 13. United conceded four goals inside the opening 35 minutes and Martinez was one of three players substituted by Ten Hag at half-time.

Liverpool legend Jamie Carragher, speaking on Monday Night Football, said the 5ft 9in centre-back wouldn’t be able to play in a back-four in the Premier League.

“The other problem he’s got is the signing of Lisandro Martinez,” Carragher said after United’s shambolic performance at Brentford, per The Mirror. “Now, we should never judge managers or players too early, but I’m convinced this can’t work because the size of him playing in a back four. Maybe he could go left-back, maybe he could play in a back three, but in a back four, he cannot play there in the Premier League.”

Lisandro Martinez is a cheat code.pic.twitter.com/3YMTyW1909

That goal-line block from Bruno Fernandes shortly before half-time was a massive moment in the match.

Had the ball found the back of the net, there’s every chance that Liverpool would have gone on to win the game. 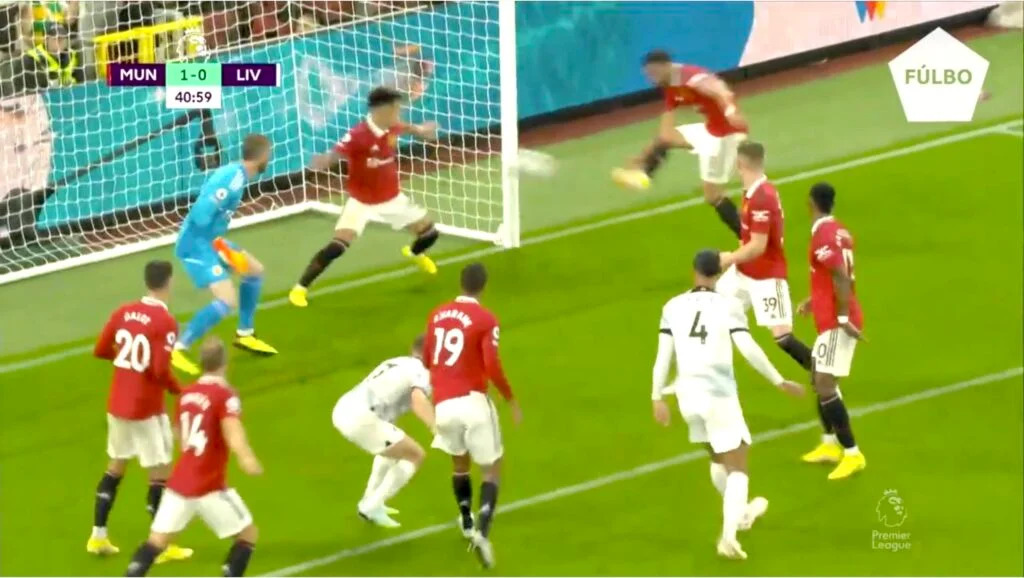