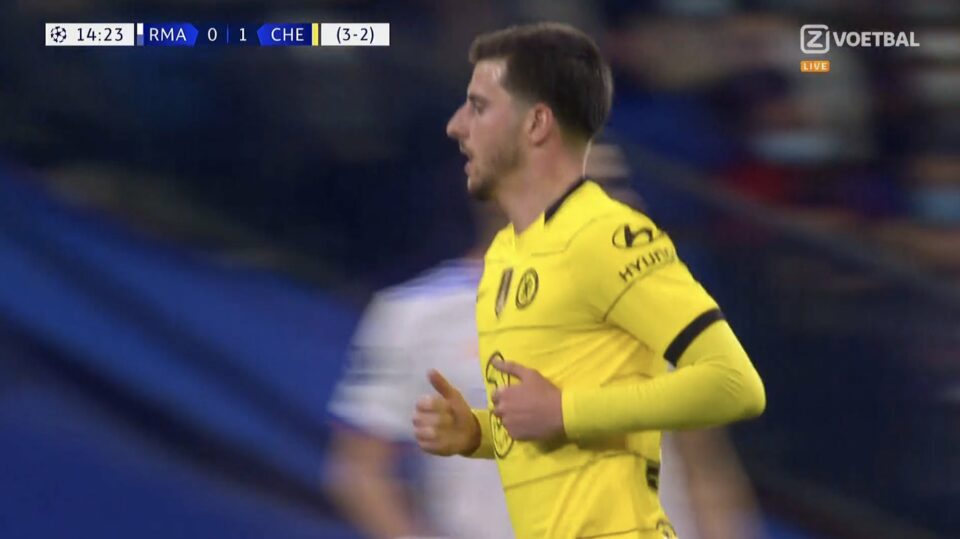 Real lose the ball and Chelsea dart forward. Timo Werner can’t quite beat his man in the box but Kai Havertz follows up for a shot the deflects wide off a Real man. That was really clever by Vinicious Junior. That is a really dangerous position for Reece James to be booked already.

Good 80 minutes now for Reece James to survive on that yellow card and having to face the quick, tricky Vinicius Jr. Not ideal. It comes from a wonderful nutmeg from Vinicius Jr. on Reece James, who has no choice but to drag the Brazilian down. He gets a yellow card too.

The Villarreal midfield as they drop into a 4-4-2 is Lo Celso, Capoue, Parejo and Coquelin. What do those four have in common? Away from our mini quiz, the side in yellow have started nicely here. They don’t look a bit worried about the giant they need to take down tonight.

The Chelsea head coach may have tried to play down his side’s chances but you can tell he believes something can happen tonight. He is hopping about in his technical area, urging Chelsea’s defensive line to get forward, and directing Loftus-Cheek in this hybrid role.

Mount presses and wins the ball off Valverde. Havertz plays in Werner, but he’s closed down by three. Havertz picks up the loose ball but his shot is blocked for a corner. Alonso takes, Rüdiger rises high, but heads over the bar.

Chelsea set up shop in the final third, passing it around and almost lulling Real to sleep. And then suddenly we step up the gears on the left flank, combining to find Mount breaking through the back. He makes no mistake in beating Courtois from the top of the box. 1-0, CHELSEA!!!!