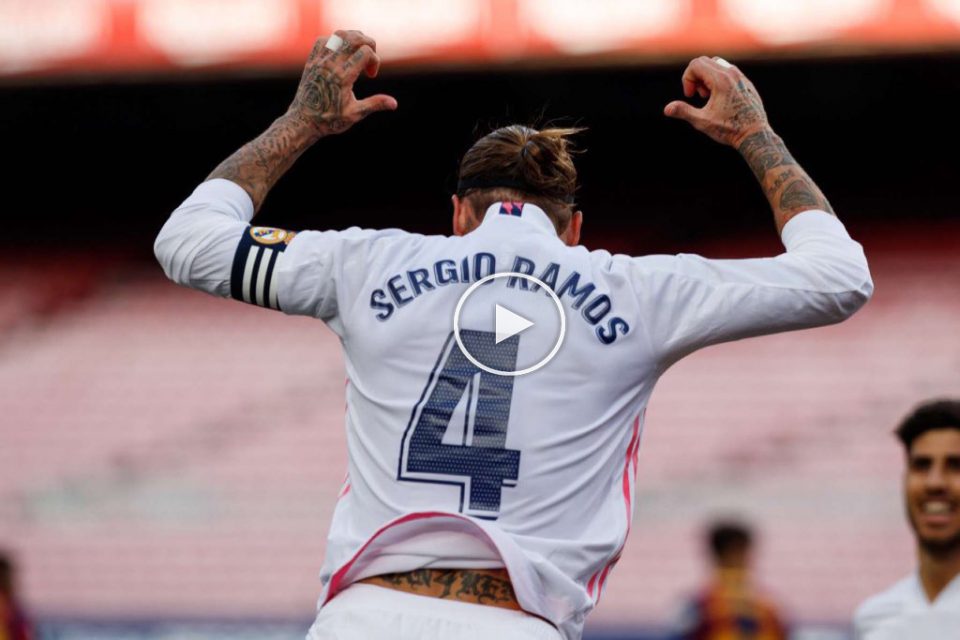 Barella clips Hazard and immediately holds his hands up as the Belgian goes down rubbing his calf. A quiet half so far from the number seven, who Madrid had hoped would be the catalyst for an upturn in form. As it is, the old guard have provided the goals this evening.

The Frenchman runs on to Mendy’s through ball and Inter’s defence are nowhere to be seen! Handanovic has no choice but to come out to challenge and Benzema skips over the keeper to stroke home into an empty net.

Mendy and Achraf get into a tangle with the former Madrid full back bearing down on goal. The Frenchman gets a trailing boot on the bonce but shrugs it off and is fine to continue.

Fairly evenly matched so far in the Alfredo Di Stéfano. Madrid came out of the blocks quickly but Inter have gained a foothold in the game and look dangerous every time they get forward.

What a time for Lautaro to rediscover his touch. He had gone five games without finding the net but he’s pulled Inter back into this one. The Argentinean hammers home from just inside the area with a clinical strike but the assist was out of this world, Nicolò Barella with a delicious flick to take Ramos and Varane out of the picture for Lautaro to fire past Courtois.

Kroos swings in a wicked corner and Ramos rises above the Inter defence to glance a header past Handanovic! Wonderful technique from Ramos, who has made a bit of a trademark out of those. Hazard manages to drive into the area and Handanovic is forced into action to turn his cross out for a corner.

Sergio Ramos is doing an excellent job of keeping Lautaro under wraps so far. Brozovic lofts a free kick forward and the Madrid captain beats the Argentinean for height as though he’s on the training ground.