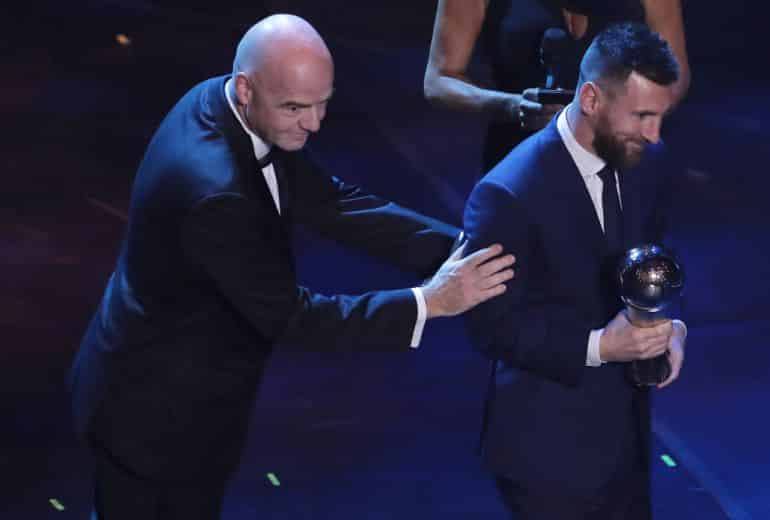 Lionel Messi lifted his first FIFA Best Men’s player of the year trophy beating Virgin Van Dijk and Cristiano Ronaldo. In the meanwhile, let’s have a look at the votes of the trio who made to the top three.

Top players, managers and football enthusiasts gathered in Milan for a glamourous night where the Barcelona ace Lionel Messi was crowned FIFA Best Men’s player of the year.

The Argentine managed to beat the Dutch Virgil Van Dijk and two-time FIFA The Best Cristiano Ronaldo to lift the trophy. Many eyebrows were raised as the Liverpool defender was snubbed after lifting the UEFA Men’s player of the year earlier this season and was favourite for this award too.

However, the Dutch international lost to Lionel Messi, who won the award for the first time in his career. The Liverpool star carried his club to UEFA Champions league and Super Cup triumph. On the other hand, Messi was instrumental in Barcelona’s La Liga victory.

There’s always curiosity amongst the fans to know which player voted for which other player. Most of the times the familiar faces are seen, but sometimes the votes may surprise you.