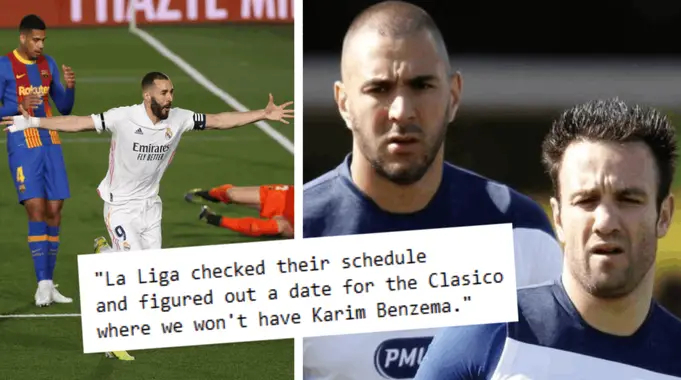 Laliga has released the schedule for next season and some fans are raging because they believe that Karim Benzema could miss the Clasico at Kamp Nou, which is scheduled for Sunday, October 24.

The 33-year-old will stand trial for his alleged part in a sex tape scandal involving Mathieu Valbuena.

Benzema is suspected to have acted as an intermediary between blackmailers and Valbuena, allegedly pressuring his former teammate into paying for the tape.

As things stand now, his trial is scheduled for October 20-22, which means that the striker should return in time to take part in the game even if the clash is rescheduled for Saturday, October 23.