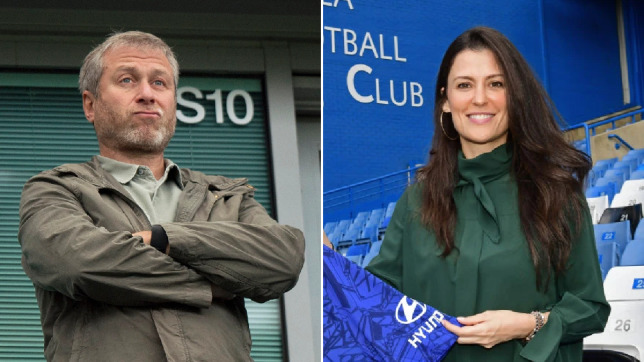 With two long-serving directors expected to retire when new ownership takes over, Roman Abramovich may not be the only prominent Chelsea figure leaving in the near future.

On Wednesday evening, the Russian oligarch stated that he is looking for a buyer for the Premier League team, which he has owned since 2003, and that he is willing to write off the £1.5 billion he lent to the club.

Hansjorg Wyss, a Swiss billionaire, said earlier this week that he had been approached by Abramovich to buy the club, and that he had joined US businessman Todd Boehly in a group preparing a big offer.

Although Abramovich has little participation in the day-to-day operations of Chelsea, a takeover will not be a simple swap of billionaires controlling the purse strings at Stamford Bridge with the existing infrastructure remaining unchanged.

Chelsea’s chairman Bruce Buck and director Marina Granovskaia have been crucial to the club’s success – but they might both go if Abramovich sells the club, which would have a greater impact than the owner’s departure.

The two board members, who wield great power and control at the club, are said to be unlikely to stay following a takeover and are anticipated to leave, according to The Guardian.

Buck has been a director of Chelsea since Abramovich bought the club 19 years ago and took over as chairman the following season, overseeing the club’s operations and representing them in numerous venues. Buck has been a season ticket holder since the early 1990s.

For the previous two decades, Granovskaia has served as Abramovich’s de facto “chief of staff” across several of his business ventures, and she assumed a more prominent role at Chelsea when she joined the board in 2013.

Granovskaia, who is a dual Russian and Canadian national, has risen to become one of Europe’s top directors despite her lack of football experience.

She has been in charge of Chelsea’s remarkable approach to player movements in recent years, and the rest of the Premier League holds her in high regard.

Losing both Buck and Granovskaia would leave a significant power vacuum at Chelsea, robbing the club of years of expertise and experience in running one of Europe’s most prestigious clubs, with Abramovich’s absence not the only enormous shoe to fill for the incoming owners.