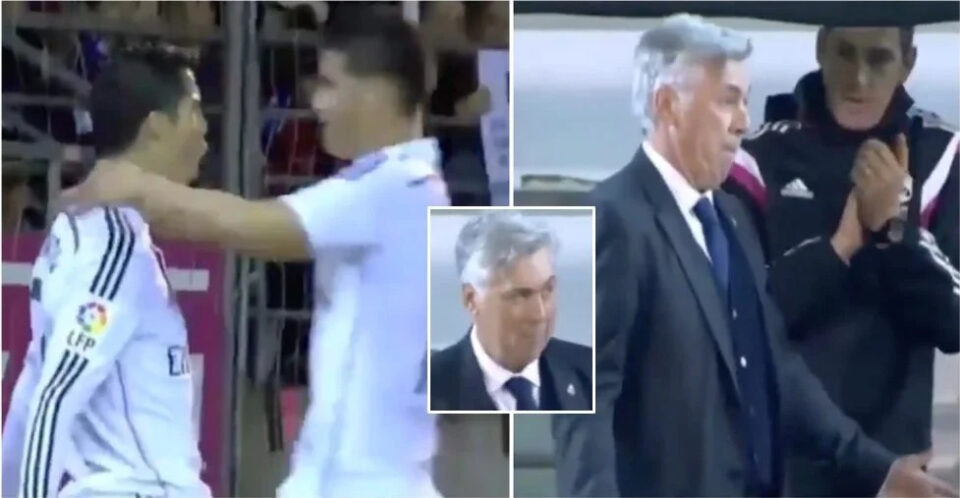 Cristiano Ronaldo is such a global celebrity that it only feels right that he has his own trademark celebration.

The most-followed human being on Instagram and one of the most recognisable individuals on the planet, Ronaldo isn’t just an all-time sporting legend, but he’s also a walking, talking marketing opportunity.

If you want Ronaldo to advertise your brand or become an ambassador for your company, then you better be prepared to cough up some serious cash because to say that his reach is astronomical would be quite the understatement.

But if you do happen to have the money lying around, then you can unlock a global phenomena with plenty of instantly recognisable brand flourishes that come with it.

And in recent years, a large part of that has become the so-called ‘SIUUU’ celebration.

About midway through his Real Madrid career, the Portuguese superstar kickstarted a theme amongst his goal celebrations: jumping and turning in the air, throwing his arms down, landing in a power pose and belting out ‘SIUUU’ at the top of his voice.

Whether it’s entire stadiums shouting ‘SIUUU’ in tandem with him, YouTube sensation ‘IShowSpeed’ putting his own ‘Suey’ twist on it or opposition players even parodying it, there’s no denying that Ronaldo’s trademark celebration has become a cultural staple.

But at the bottom of our hearts, we like to think that the best execution of the ‘SIUUU’ routine is actually owned by none other than Real manager Carlo Ancelotti.

During his first spell in charge at the Bernabeu, Ancelotti couldn’t resist getting amongst the ‘SIUUU’ phenomenon when Ronaldo found the back of the net against Eibar in November 2014.

It’s no secret that Ancelotti is an excellent man-manager who loves to get his players onside and there’s something just so heartwarming about seeing the Italian gentleman trying out his best impression of Ronaldo’s trademark in its early days.

Throwback to when Carlo Ancelotti hit us with the best attempt of Ronaldo’s iconic Suii celebration.pic.twitter.com/jmGckL7A7o