This incident took place during the Los Blancos’ 1st victory of the 2020/21 Champions League season and, speaking after the 3-2 win over Inter Milan Zidane added that it knock should not cause any alarm.

Although Vinícius and Rodrygo came on and combined for the winner, it was Marco Asensio and Eden Hazard who started alongside Karim Benzema in attack.

Zidane said: “This was a real even Champions League match. We played well, starting really well. The second half was more difficult, but that’s normal. Then we fought to the end and deserved the win. We brought on Vinícius and Rodrygo and they were good. But everyone was good.”

Sergio Ramos the captain of Madrid scored his 100th goal against Inter Milan and also Zidane praised the captain. Zidane said: “We know the player he is and I’m happy for him. He was important for us again. He is our leader and we always want him here. I have no doubt that he is going to stay.”

Zidane had a message for Diego Maradona as the Argentine goes for surgery on a blood clot on the brain. He said: “Many people are wishing him well and I do too. I hope all goes well, for him and his family.”

Zidane: “Hazard took a hard knock, but as you said, it’s the other leg. There’s no need to be concerned. It’s only a knock. With Marco and Eden we know that they are at a point when then have to work hard. We all know that Asensio has been out for a while, just like Hazard.” 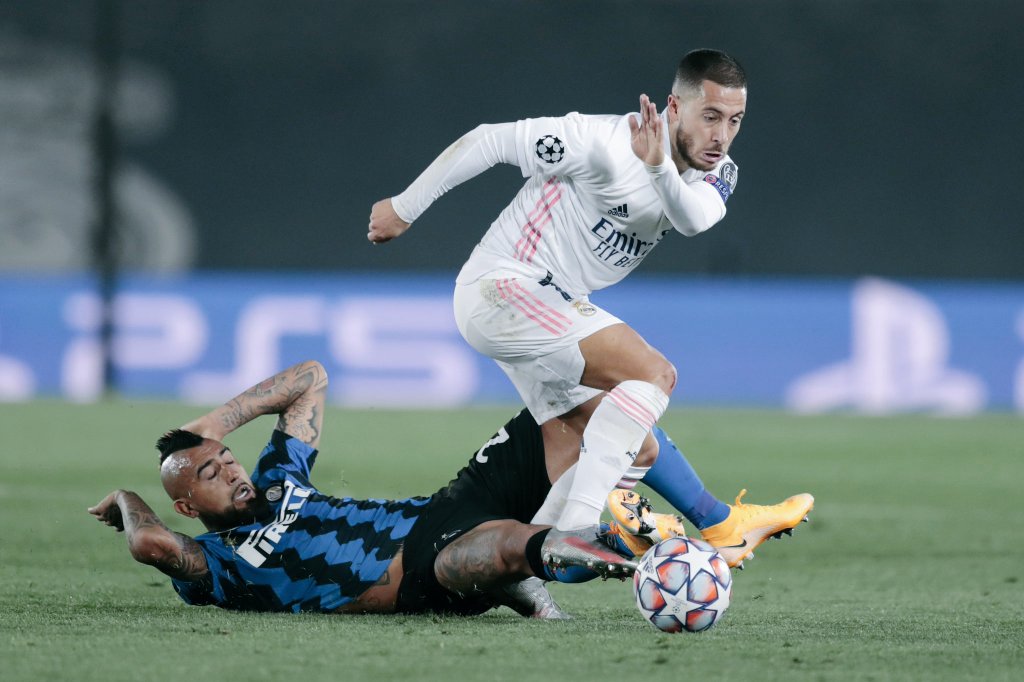 After Joining Real Madrid from Chelsea Hazard has not been able to prove his worth at Los Blancos. After coming from injury he scoared a stunner last week against Huesca.

To everyone who doubted him. He is officially back. What a goal. pic.twitter.com/CM614ayW8p